BLOG POSTINGS CAN BE REPRINTED ONLINE OR IN A COMPANY NEWSLETTERS OR MAGAZINES.

Please use the following credit for every item:

Susanne Gaddis, PhD, CSP and CEO of The Communications Doctor, is an acknowledged communications expert who has taught the art of effective and positive communication since 1989. Gaddis' workshops, keynote presentations and coaching programs are packed with strategies and solutions that can be immediately applied for successful results. For more information, call 919.672.1755 or visit CommunicationsDoctor.com.

Nine Secrets of the Body Language of Lovers

Nine Secrets of the Body Language of Lovers

He loves me, he loves me not. She loves me, she loves me not. Wouldn’t it be nice if you could know for sure? Well, while there’s not one single way to tell if you hold his or her interest, or better yet his or her heart, there are many subtle and not so subtle clues offered through a person’s body language that speak much louder than words.

So, what should you look for in regard to a person’s body language to let you know that love has arrived? If you want to play “love detective,” here are your first clues:

It’s true that when it comes to love the “eyes have it.” In a face-to-face encounter, the first indicator of mutual attraction is eye contact. In fact, communication experts agree that if eye contact exceeds 70% during an interaction, the two people talking are probably more interested in each other than in the actual conversation. Similarly, if a person is not interested, a decrease in eye contact will be seen.

When looking at an object of interest, our pupils will dilate or become larger. This makes it easier to see the desired object.

Akin to postural echo is gestural echo. Again, when two people are interested in each other, they will often echo each other’s gestures. For instance, if one individual uses the “thumbs up” gesture sometime during the evening, it is common for this gesture to be repeated by the other person sometime later in the evening.

Not only do people who are romantically interested in each other echo each other’s posture and gestures, but they will also frequently echo each other’s voice. For instance, if at the beginning of a conversation one individual is speaking slow and the other is speaking fast, by the end of the conversation it is common for the couple to both have altered their rate of speech to a comfortable medium. Additionally, if one person speaks in a soft voice, the other will typically speak in a soft voice as well.

A good indicator that a romance is intensifying occurs when a couple begins to call each other by pet names. Common pet names include: “honey,” “darling,” “sweetie,” “sugar,” “baby” and yes, even “sweet thang.”

As attraction for each other grows, a couple will often engage in baby talk. Much like one would talk to an infant, baby talk is done with a syrupy sweet voice. “How’s my little darlin’ doin’ today. “Did you miss me?” or “What’s my sweet baby doing?”

How much touch and who initiates touch in a relationship are very important clues as to how the relationship is doing. By reaching out and touching another person we indicate our interest in them. When people are getting along, they spend a lot of time touching each other. Whether sitting next to each other, holding hands, or locked in a warm embrace, you will often find lovers just can’t keep their hands off one another.

One of the clearest indicators of whether or not someone is interested in you is to look at their feet. If a person’s feet are pointed in your direction, you can be assured that you are where their interest lies. 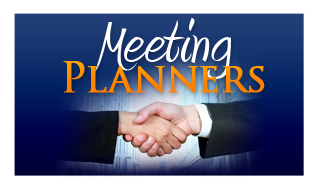